How To Keep Your Email List Clean (And Why)

If you want to know how to skyrocket engagement.

And want to increase your open rate.

Then this guide is for you.

I’ll show you exactly how you can keep your email list clean.

And why you should do it in the first place.

This is something not a lot of marketers think about.

The higher the number of subscribers, the better.

Which is maybe pretty cool to tell people about.

But what’s it worth when only a fraction is opening your emails?

This is bad for a couple of reasons:

Most Email Service Providers charge for the number of email subscribers you have.

Which is okay if you have an engaging list that’s opening your emails.

But if most of them are not opening your emails, you’re wasting money you could spend on something else to grow your business.

Some email providers, like Gmail, push your emails into people their spam boxes if they see that only a fraction of the people is opening your emails.

While if a high percentage of people open your emails, they do the opposite.

So the trick is to only send emails to people who want your emails ánd open your emails.

Reason #3: better data to work with

Maybe you’ve ever sent out a campaign to your email list and was a bit disappointed by the results.

You would then probably wonder what you could’ve done better.

But maybe you had an absolute killer campaign, but the list was just shit.

So by keeping your list clean, you’ll have a higher quality of leads you can reach out to.

Which is pretty huge if you look at the industry average of 23.42%.

(that percentage is for education and training)

My emails are good, but I don’t think they’re good enough to almost triple the industry average.

It’s just because I keep my list clean, so only people who want to receive my emails actually receive them.

Imagine you keep getting emails from someone.

Emails that you never open & drag straight to the trash (or spam) folder, because you’re not interested.

You and I both know they could just open the email and click the unsubscribe link at the bottom of it.

But not everyone wants to take that effort.

So you need a system that automatically unsubscribes these people, they’re not interested anyway.

In the next part, I’ll show you how you can create such a system.

All of these things you only have to implement once.

And after that, you’ll always have a clean email list of engaged people.

Let me explain each strategy step-by-step.

And if you like, you can import all the examples here.

This is something I’m actually a bit proud of because it works incredibly well.

We are going to create an Engagement Threshold for each subscriber.

This means we’ll track how many emails the subscriber did not open in a row.

Then, when they didn’t open 10 emails in a row: they get unsubscribed automatically.

Here’s how that works.

It depends a bit on which Email Service Provider you’re using, but my guess is that’s it’s pretty similar to ActiveCampaign.

So first, you have to create a custom field called “Engagement Threshold”. 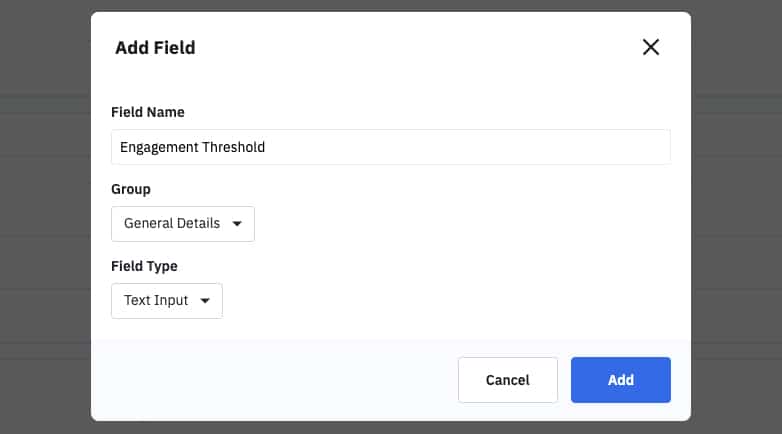 Then, inside all of your automations, you have to increase the value of this custom field by 1 every time you sent out an email.

What happens now, is that every time we send an email the Engagement Threshold will be increased by 1.

But we also need something to reset the Engagement Threshold to 0 when an email is opened.

To reset the Engagement Threshold, we need a new automation:

This automation is triggered as soon as a contact opens ANY email.

After that, we reset the Engagement Threshold back to 0.

That way, we know exáctly how many emails didn’t open in a row.

If a contact has an Engagement Threshold of 10, we know that they didn’t open 10 emails in a row.

Otherwise, the Engagement Threshold would’ve been reset back to zero.

So we definitely want to unsubscribe these people.

For that, you’ll need another automation: 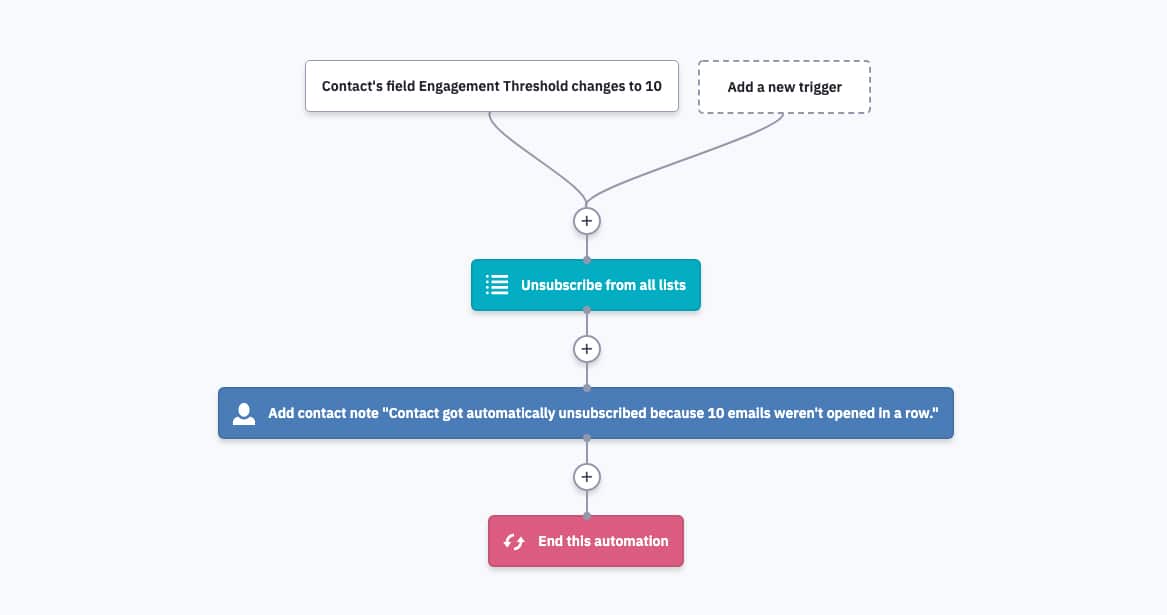 As you can see in the screenshot above, we unsubscribe people when the Engagement Threshold changes to 10.

After that, we unsubscribe them from all lists.

Optional: if you like, you can also add 1 or 2 re-engagement emails to this automation before they get unsubscribed.

This works a bit similar to the Engagement Threshold, but now we’re going to track the last time someone opened an email.

If someone didn’t open any emails for 6 months, they get automatically unsubscribed.

First, we have to create a Custom Field that’s updated with the current date each time a subscriber opens an email. 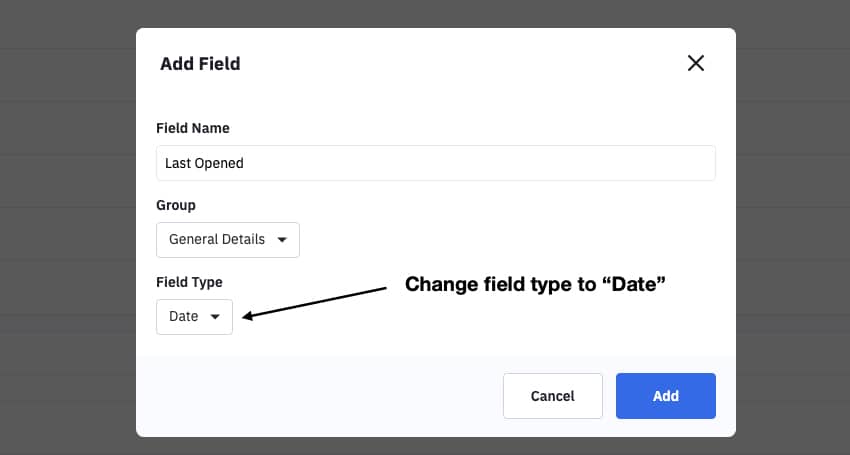 Make sure you set the Field Type to “Date”, otherwise it won’t work.

Then, we create a new automation that updates this Custom Field with the current date: 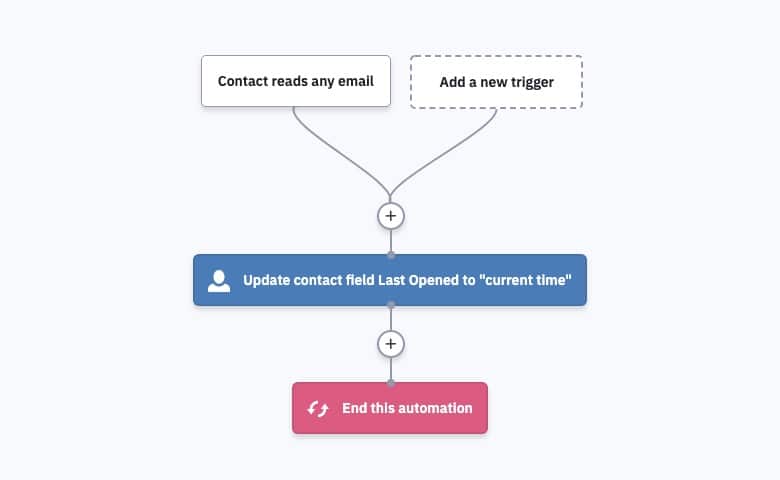 Every time someone opens an email, this automation will start.

And when it does, we update the Last Opened custom field with the current date.

(it says current time in the screenshot, but it will add the current date to the custom field)

So now we know exactly when someone opened an email for the last time.

All we have to do now is to trigger an automation as soon as this date is 6 months ago:

Tip: you can also combine this automation with the engagement threshold unsubscribe automation.

Make it easy to unsubscribe

I often see marketers that make it realllllly difficult for people to unsubscribe.

They hide the unsubscribe link underneath a gazillion returns.

Or they make it soooo small you can barely read it.

Seriously, why would you do that?

You should be happy people unsubscribe because people that are not interested hurt your deliverability.

This is what I’m using:

It’s just a tiny bit smaller than the rest of the text, but it’s still really easy to read.

Some marketers roll their eyes when they hear this term.

But I think you should not spam the crap out of people as soon as you capture their email address.

Someone trusted you with their email address, and you decided to abuse that trust.

By asking people if they actually want to receive more emails from you, two things happen:

1) You’ll win people their trust because you’re not one of those shitty marketers. And people buy only from people they trust.

2) People that explicitly said that they want to receive your emails are much more likely to open them.

So next time you capture someone’s email address for a content upgrade or lead magnet, ASK if they want to learn more things related to that download.

You’ll be surprised by how many people will say yes.

And people that don’t want your emails, that’s okay too. Right?

That way you keep your email list engagement sky high.

Do you think this is going to help you?

Or do you think this is total bs?

Whatever it is, let me know in the comments below.